Home / Acoustic / Open-plan classrooms are popular, but what about the noise?

Open-plan classrooms are popular, but what about the noise?

Open-plan, collaborative learning spaces are on the rise in Australian schools, and while this design trend has advantages for students’ social development and teamwork, open-plan classrooms tend to be noisy. This can have a detrimental effect on individual learning, research shows.

History of the open classroom

Open-plan classrooms have gone in and out of fashion over the last 60 years, and the motivation behind them has often been political rather than practical consideration. According to a 2010 article in the international journal Noise and Health, open-plan classrooms first became fashionable during the progressive educational reform movements of the 1950s and 1960s.

Before this time, preference was given to traditional classroom design with the teacher speaking in a fixed position at the front of the class, but in the post-World War II period the trend changed to a focus on the individual needs of the student.

There was a general propensity for progressive ideas and anything considered authoritarian was rejected. Didactic teaching was replaced with experiential learning centered on group work and a "child-centered" pedagogic approach.

The new approach was reflected in classroom design, most visibly in open-plan school designs. The number of new and converted open-plan primary schools increased throughout the 1970s.

Open-space design in learning spaces has emerged once again in the 21st century. According to the Noise and Health article, open planning is being used increasingly in British high profile and "exemplar" classroom designs.

In Australia a similar trend is emerging. In 2017 the then NSW Education Minister, Rob Stokes, announced that preference would be given to open-plan classrooms in the state, accommodating up to 120 students. According to him the flexibility of open-plan learning environments made them the design choice of the future.

Open-plan environments are perceived to be less authoritarian and to be beneficial to the children’s social development. Additionally, they are seen to promote the sharing of skills amongst teachers and allow for team-teaching.

The biggest problem with open-plan designs in schools is that they are noisy. A recent study of four Sydney Kindergarten classrooms found that the Intrusive Noise Levels (NRLs) in open-plan classrooms were much higher than those found in enclosed spaces.

The study found that children in the noisiest open-plan classrooms had significantly lower speech perception ability (ability to hear words in sentences) and slower response times than those being taught in traditional classrooms.

Such circumstances would be exhausting for children trying to concentrate in a noisy environment, and likely to severely impact on their learning. The main finding was that open-plan classrooms were not appropriate learning spaces for young listeners due to issues relating to noise and concentration levels.

It is not only students who suffer from poor classroom acoustics. For teachers it can mean raised blood pressure, increased stress levels, headaches, and fatigue. Teachers in classrooms with poor acoustics are more likely to have sick days off work and believe their job contributes to health problems.

It is difficult to identify straightforward and effective acoustic solutions for open-plan classrooms.

The ceiling is often the only surface that lends itself to any form of acoustic control. Partitions, furniture and other absorbing materials can stop soundwaves from travelling at a low level, but it can often travel outwards and upwards relatively undisturbed. With a flat ceiling without any acoustical treatment, there is nothing to stop sound bouncing back into the room, creating reverberation.

Shortening the reverberation time is an important strategy for achieving the best acoustic environment, but compliance with the AS/NZS 2107:2016 recommendations on reverberation is often not enough when it comes to open-plan classrooms.

It is important to get the balance right. If too much attention is paid to reverberation alone, the result might not be the best environment for speech communication.

European case studies indicate that it is possible to achieve excellent acoustics in open-plan learning environments, but it demands a multi-faceted approach that does not only take the physical space into consideration. There should also be an understanding of the leadership, pedagogic approach and culture of the particular school. 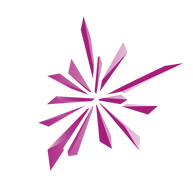